KILLING HARTFORD'S BUSINESSES ONE STEP AT A TIME 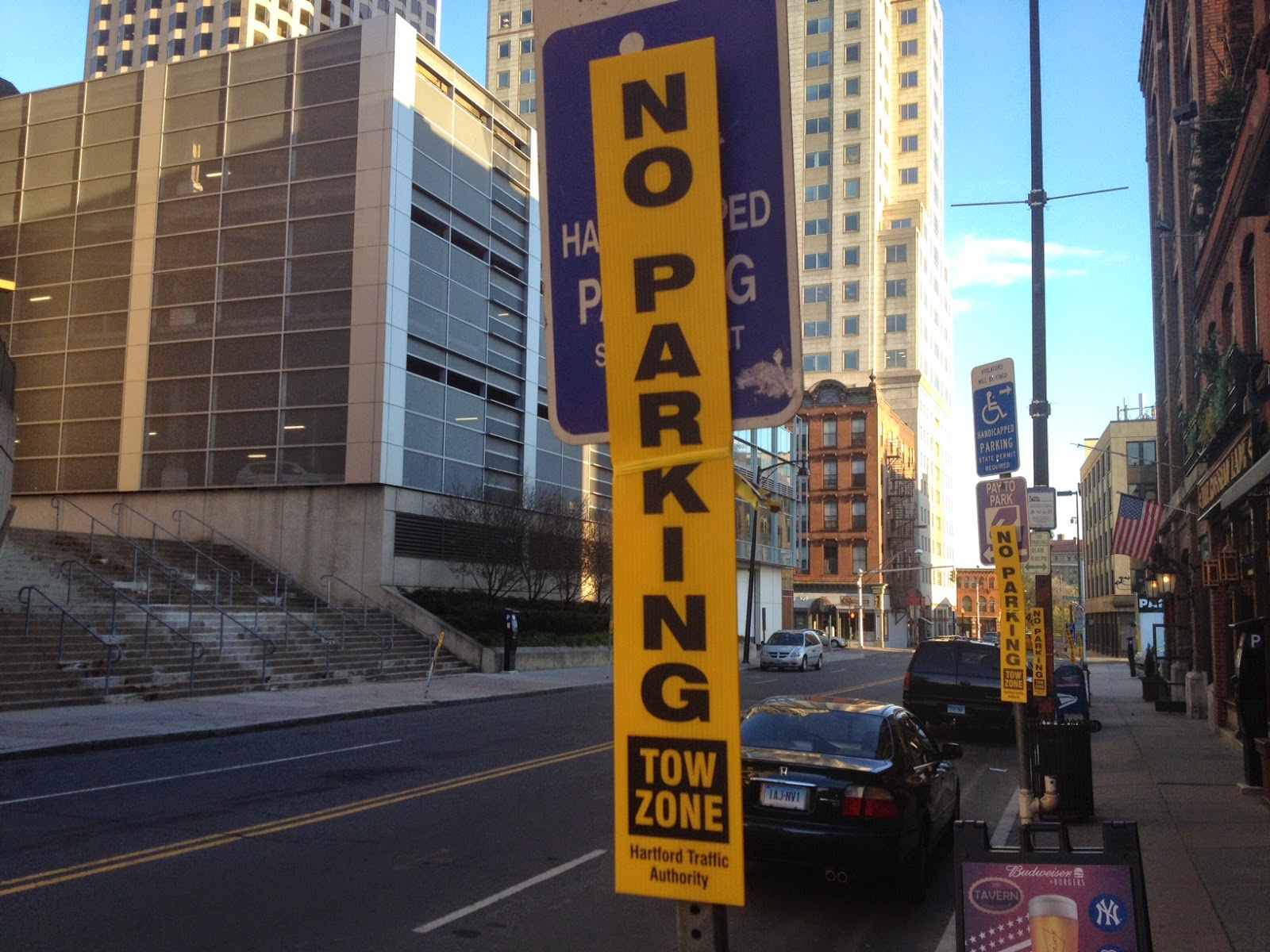 It is hard enough for businesses to survive in Hartford, and even harder to make it with the roadblocks put in front of them by City Hall. Does anyone at City Hall understand what it takes to operate in a city that I far from business friendly? Hartford's extremely high mill rate places  a difficult burden on any business owner that decides to set up shop here.
Then, what I can only call City Hall stupidity, makes it even tougher . The "No Parking" placard above is  what most visitors to downtown Saturday night found when they tried to park . The placards were put up in advance of a Sunday event, but many people trying to park downtown to visit Hartford restaurants were afraid to park thinking the regulations would be enforced Saturday night and many just drove off, probably to head to West Hartford Center or elsewhere.
The placards were not put up by HPD, who would hopefully use a little more common sense. According to sources, these placards were the work of Hartford's Department of Public Works. Why couldn't they be put up later, at least after the dinner and bar crowd subsides so as not to kill the downtown business?
I guess common sense  and  intelligence are not the hallmark of the current administration. With the amount of empty storefronts, do we really want to try hard to create more?

Please Help me Help this family .

This morning there was a fire on Brownell Ave a Asian Family lost everything they had, and they have no family here at all. They have not gotten any help at all from anyone or agency. The Red Cross put them in a motel for two days after that they have no where to go or place to stay. ( I won't let that happen ) I will find a way to house them no matter what. This an elderly women her daughter and her 8 year old grandson. If anyone has any clothe, Shoes, they can donate please contact me I appreciated.


Please contact Angel through his facebook page if you can help. Angel really cares about his constituents and is not a "typical" politician.  It seems like our Mayor or Councilpeople should be spearheading these efforts for one of their neighbors
Posted by KEVIN BROOKMAN at 6:10 PM 4 comments:

SHOW ME THE MONEY

This is just the start , but here is the beginning of the filings for Hartford's Mayoral candidates, starting off with Pedro Segarra

ANOTHER BLACK EYE FOR HPD? NOT... 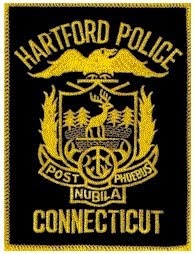 Some things on their face value look bad. Such is the case of the Internal Audit Report below if you didn't know the back story .

The Audit report was actually requested by Hartford Police Chief James Rovella after officers went to him with their concerns regarding the operation of the Hartford Police Firing range.  Rovella immediately requested the City Auditors begin an internal review and eventually an HPD Internal Affairs Investigation was launched. The results of that IAD have not been released yet but , it will probably be far worse than the details outlined below.

There are more questions raised than answered as you read this, but also keep in mind that this has gone on for years at the range. Chief Rovella has implemented recent changes to add additional oversight and controls to the range. The "range Officer" who was not identified in the audit is reportedly Lou Crabtree who basically ran the firing range unsupervised for years. He abruptly retired once the audit and IAD investigation began. Although the audit doesn't mention criminal charges, after reading the report it would seem hard not to be some.

If the numbers are accurate, there seems to be over $400,000 in ammunition unaccounted for. It also seems like there would probably be some federal violations , especially for an ammo dealer transporting such large quantities of bullets over state lines with no paper trail or record to review.

One high ranking HPD source recently told me "if we had a Ferguson type incident, we have no extra ammunition on the building to give out to officers" Even though by the invoices it would seem there is plenty, especially since HPD normally spend on average $115,000 a year for ammo, and last year according to the books spent over $400,000.

Crabtree  apparently told auditors that he bartered much of the ammo to other agencies, including Windsor Locks PD, the Connecticut State Police and East Hartford PD. I am waiting for the IAD report to be released before I start FOI'ing documents from those agencies to verify Crabtree's claims. I can't imagine the Connecticut State Police "bartering " for ammo, or that "bartering" ammo is even legal.

This might actually be the type of thing that needs to go before a Grand Jury to get to the truth or even the Federal Corruption team. The large amounts of ammunition unaacounted for is disheartening . HPD has anobligation to account for that ammo and to make sure it has not fallen into the wrong hands. With that much ammo missing, HPD could potentially be supplying evrry gang member in the Greater Hartford area with 9mm and 40cal shells for the next several years.

Officer Crabtree, you have some explaining to do and your retirement to save your pension doesn't cut it.