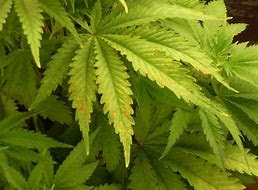 At least one City of Hartford employee may be taking the recent seminars held by Councilwoman Wildalis Bermudez on starting your own Marijuana business a little too literally.

Elon Trader, a City of Hartford DPW employee was arrested this afternoon after  his Main Street apartment was found on fire and  his marijuana grow operation ignited . The fire is believed to have been caused by electric grow lights and heaters used in the operation.

The investigation into the operation is ongoing by the Hartford Police Department, the Connecticut State Police and the DEA.

Hartford Fire Department members who battled the fire in the apartment were reported to be very relaxed for the rest of the evening and were indulging in large quantities of potato chips and other munchie type snacks. Any random drug testing scheduled has been put on hold temporarily
Posted by KEVIN BROOKMAN at 10:56 PM 22 comments:

On Thursday, September 20th at 4:30pm, the Hartford Police Department will formally promote a number of individuals to the positions of Assistant Chief, Deputy Chief, Captain, Lieutenant, Sergeant and Detective in a ceremony to be held in the Auditorium at the AETNA INSURANCE COMPANY, 151 Farmington Avenue in Hartford.

Complimentary parking will be provided in Aetna lots and security personnel will be on hand to provide assistance for those wishing to attend.

The Hartford Police Department’s Traffic Division will also be on site to facilitate traffic control and parking related duties.

On 9/16/18 at 1027 hours, Officers were dispatched to the area of Sims Metal Management, 263 Locust Road, for a report of a person trespassing inside of a fenced area. There have been numerous burglaries and stolen car batteries in the area. While investigating the trespassing complaint Officers located an occupied suspicious vehicle in the rear parking lot of Burger King.

Upon investigation it was determined that it was a vehicle that had been reported stolen from a burglary that occurred on 09/13/18 at 40 Airport Road, Equipment Services. The female occupant of the vehicle was immediately detained. She advised that her boyfriend, who had the keys to the stolen vehicle, had parked the vehicle and left.

It was determined that he had been the suspect seen trespassing at Sims Metal Management. After a thorough search of the area the male suspect was located outside of CVS, 690 Wethersfield Avenue, and taken into custody. He admitted to trespassing on the property at Sims Metal, and he had the keys to the stolen vehicle in his possession.

Major Crimes Division Sergeant S. Michel was notified of the incident. MCD Detective C. May and Officer A. Flores later debriefed both suspects. Both suspects were appropriately charged and transported to the Hartford Police Booking Facility.
An excellent job was done by all officers involved.

On 9/16/18 at approximately 0339 hours, officers responded to 213 Capen Street on an active burglary complaint. Upon officers arrival three suspects immediately fled the scene. Officers were able to detain one male without incident.

A back door to the business was found damaged where entry was made. A State Police K-9 officer arrived on scene and the cellar was checked for other suspects, and none were found. MCD was notified of the incident. The arrested male has 36 local arrests.

On Saturday 9/15/18, Detectives and Officers from the VIN Division were assigned to a proactive detail throughout the north district of Hartford. While participating in the detail, detectives from V&N received confidential information for a suspect illegally in possession of firearms. Detectives secured the suspect in the area of 2370 Main Street, while in possession of (2) firearms.

On-scene information led detectives to 2387 Main Street (Apt-B1), where a third firearm was located, as well as 6 Nelson Street (2nd floor), where additional narcotics and ammunition was located. A check of the recovered firearms confirmed at least (1) was listed as stolen. In total (3) firearms were recovered. As a result of the investigation, (2) suspects were arrested on firearm and narcotics related charges. VCU Detectives responded.