A BAD WEEK FOR BILL DiBELLA, THE WEEK IN REVIEW

When it rains it pours, but that might be a good thing for the area's water agency, the MDC. But this week "the rain" just kept coming when it related to bad news for the Chairman of the MDC, William DiBella.

It started off with the announcement that the MDC would be forced to eliminate at least 82 jobs as a result of losing the management and operations contract for the CRRA, Connecticut Resources Recovery Authority.

Then Jon Lender did an in-depth story on the potential relationship between Hartford politicians and the hiring of Democratic State Representative Hector Robles at a company that just received millions from the State of Connecticut, Ticket Network of South Windsor. Lender began to connect the "dots" of the deal with DiBella, the MDC and his son, Marc DiBella figuring prominently in the middle of the article. You can read Jon Lender's story here.

And then on top of all that, it seems that at least 12 of the employees let go this week were IT specialists for the MDC. Interestingly enough, after the jobs were cut, the MDC's computer systems went down and have been down all week, and an MDC spokesperson quoted in a Courant article today said it was a "possibility" that the computers would be back on line next week. That doesn't sound too encouraging.

Luckily for Bill though, he can decompress and unwind on his daily commute back to his home in Old Saybrook.
Posted by KEVIN BROOKMAN at 7:15 PM 9 comments: 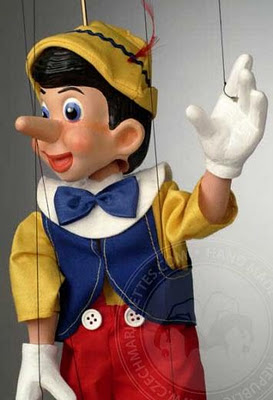 After the posting of the story here earlier this week regarding former Hartford Police officer Hector Robles' new job with Ticket Network there is now more information coming out. Robles was terminated as a Hartford police officer after being arrested on Larceny charges related to his alleged theft of over $10,000 from a "double-dipping" fraud scheme at HPD.

Robles still holds his seat as a Democratic legislator and Democratic Town Committee member from the 6th Legislative District, representing the southend of Hartford

Jon Lender of the Courant apparently did some more digging on the matter and found more interesting information. You can read Jon Lender's article here

Will this ever end? Maybe it is time for the Office of the Chief State's Attorney to set up a satellite office in Hartford for the Public Integrity Unit. Eddie Perez may have just been the tip of the iceberg.
Posted by KEVIN BROOKMAN at 5:02 PM 7 comments:

Even though Dan Nolan is currently serving our country in Afghanistan, his wrongful termination case is still winding through the courts, and at the very least I think we owe it to him to keep it in the public eye while he is away.

At a hearing on the wrongful termination matter, the parties met in a hearing at Hartford Superior Court. The complete transcripts of that hearing are below. The reason I ask if the City is grasping at straws to sustain their reasons for Nolan's termination should be clear after you read the transcripts.

The interesting argument is over the whole issue of the "quid-pro-quo" and the allegations that Nolan used his position for personal gain by encouraging Fire Department recruits to raise items and participate in charity events. Although the City seems to agree that there was no financial gain for Nolan, they apparently claim that the boost he received to his reputation in the community was enough reason to terminate him.

That is an interesting argument since City Treasurer Adam Cloud has apparently just done the same thing. Will Cloud now face the same fate as Nolan? To read more about Clouds actions, click here

The other interesting argument that seemed to pique the Judge's interest was the City's comparison of Nolan to criminals and felons.Read the transcripts and feel free to comment

After being arrested and terminated from the Hartford Police Department on Larceny charges, former Hartford Police Officer and current 6th District State Representative Hector Robles has apparently landed a new job. According to sources, Robles is the new Security Director for Ticket Network of South Windsor. Calls to Ticket Network for comment were met with a "no comment". The only response was that Hector Robles was "unavailable".

Ticket Network was the second company to receive millions in State of Connecticut dollars as part of Governor Malloy's "First Five" business development plan. Robles was a member of the Legislature while the loans to Ticket Network were being approved.

Ticket Network also lists Hartford Democratic Town Committee Treasurer Jay Mullarkey as its "Vice President-Community Relations". A request for a comment from Mullarkey was rebuffed by his staff at Ticket Network, Mullarkey, like Robles was "unavailable".

Robles's larceny charges are still pending in Hartford Superior Court, he recently entered a plea of "not guilty".
Posted by KEVIN BROOKMAN at 12:03 PM 33 comments: