IS JUSTICE BLIND OR JUST DUMB AT THE HARTFORD COURT? 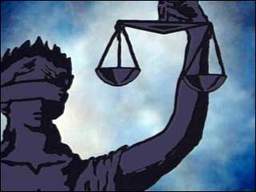 The video has finally been released of the alleged HPD brutality incident from June 4, 2016.  No one, not even the worse of criminals roaming our streets should be subjected to any type of physical abuse at the hands of a police officer, never. Once the handcuffs go on, everything else stops and the Justice system should take over from their for punishment.

With that being said, some arrests aren't pretty, especially when the defendants are high on drugs and combative. Should a police officer have to put up with someone spitting blood at them and on them because it may  look bad on video, or can they react like any of us private citizens would do and protect ourselves by stopping the person from spitting?

And if we are going to maintain the trust in our Police Departments, shouldn't we as residents and citizens be confident that the ensuing  investigations are thorough , complete and unbiased?

The investigation should be as fair to the Police Officers involved as well as the criminals.

I have my doubts about this investigation of the June 4th incident.

According to sources , a Hartford Police officer, Officer Barone, prepared an affidavit for  for a search warrant to obtain a blood sample for the driver of the vehicle after he was taken to Hartford Hospital after the accident. The analysis of a blood sample is standard procedure after a DUI allegation and accident when the driver is hospitalized and can't be subjected to a breathalyzer.

According to sources, Officer Barone attempted to "walk the warrant through" the court. This is also normal procedure and happens routinely on such incidents. Walking a warrant though means that the officer physically goes to the Court on Lafayette Street and "walks it through" the process, getting the signatures required on a timely basis.

Apparently when Officer Barone went to get the signatures, according to sources, Hartford County States Attorney Gail Hardy refused to sign the search warrant saying she wanted "no part of it".

Even though this is a normal process to determine the level of intoxication of the operator, Hardy refused to do her part. Again, according to sources, the blood sample was eventually destroyed by Hartford Hospital as part of their normal procedures. Hardy's actions resulted in a critical piece of evidence in the case being destroyed and unable to assist either the police officer or the defendant in obtaining eventual justice.

It is unclear at this point if the Connecticut State Police or Litchfield County States Attorney's Investigators also attempted to obtain, or did obtain, the sample as part of their parallel investigation.

Justice would seem to say that a police officer has just as much of a right to a fair and impartial investigation as a criminal defendant. In this case I  am not sure
Posted by KEVIN BROOKMAN at 11:42 AM 34 comments:

IS THERE A POT OF GOLD AT THE END OF THE BRONIN RAINBOW?

Several sources have called me and sent messages over the last week claiming that there may be a potential of new found revenue in the Bronin budget of approximately $25 million dollars.

This information has come from both City Hall insiders as well a Union officials. At this point there is no solid information as to the origin of the money, if it actually exists, but the sources were all confident of its existence.

If the existence of  a surplus is accurate, it would seem to make Mayor Bronnin's predictions of a "dire" financial crisis less dire, although any potential surplus would be a short term fix for this fiscal year and would not offset budget deficits predicted for future years.

If anyone has more information on this potential surplus, please contact me.
Posted by KEVIN BROOKMAN at 10:15 AM 5 comments: