NOW THAT JOHN ROSE HAS BEEN TERMINATED, LET'S BRING COMMON SENSE BACK TO THE CORPORATION COUNSEL'S OFFICE

Rose always seemed to have an issue with his "fantasyland" interpretation of Hartford's Charter and also State and Federal laws. The letters can be read below, but as you can see from the final sentence in the last letter, Mayor Segarra was able to finally accomplish as Mayor what he couldn't do as a Council Person.

On July 8, 2010, Mayor Segarra informed Rosie that as of July 9, 2010 his "service as Corporation Counsel is terminated". Long overdue, but finally common sense prevailed and Rose was done. Yes, long overdue, but John Rose has been terminated

Now that Rose is gone, it is time for someone to start culling the files from the (less than)Rosie John Rose years. A couple of immediate cases come to mind.

First off would be any case with the three magic letters of FOI associated with them. At the very least, tens of thousands of dollars have been spent on nonsense FOI appeals and hearings. Not just FOI requests I had made, but numerous others including the Hartford Courant and a group consisting of writers for a prisoners newsletter. In that case thousands of dollars have been spent to fight a fee for copies of under $30.00. The waiver of the fee appears legitimate because the complainants could prove "indigence", as allowed under the FOI laws.

Another case that I have written quite a bit about is the Dan Nolan termination. Any lawyer would have, or should have, advised their client that this was a loser of a termination. An Iraq and Afghanistan war veteran, an exemplary member of the Hartford Fire Department who had been firefighter of the year in the past, all of a sudden terminated. And the terrible conduct he participated in? He encouraged fire department recruits to participate in charity events. He disciplined recruits as a total group to encourage teamwork.How awful!

What may prove more even more interesting though is potential testimony on information that has come to light in the last couple months. I had received information regarding a situation that was reported several years ago in the Hartford Courant about the "burnmaster". It had been reported that Teale and two other officers working at the Hartford Training Academy had received payments from neighboring towns for using Hartford's fire academy facilities.

Teale and the two others pocketed the money paid to them, rather than pass it through to the City of Hartford. When the Courant's article came to light, apparently the Teale Trio were forced to repay the City about $3,000. Teale paid the re-imbursement for all three members of the Teale trio back to the City. Apparently during that period, the City was adding laser eye surgery as a benefit for police and firefighters. By this time, Teale was acting Chief of the Department and for some reason he met with Dr. Fichman of the Fichman Eye Center. During that meeting, Dr. Fichman handed Chief Teale a check for the amount he had paid to the City and Teale accepted the check.

I have attempted to contact both Teale and Dr. Fichman to get their version of this payoff, but neither would comment. Teale angrily stormed away when I asked him for his version, and Dr. Fichman's son returned my call with a "no comment". Repeated calls to the senior Fichman were never returned.

I would hope that a union attorney representing Nolan would raise the question of this payoff during a Labor Board hearing. It seems rather ironic that Chief Teale would terminate Nolan for having recruits get involved in charity events when he was in fact taking potential payoffs for himself.

The only issue here is that the new Corporation Counsel, Sandra Kee-Borges, was also the City Manager at the time this scandal first surfaced and was responsible for disciplining Teale at the time. I would hope she can look at the facts objectively and realize that this is a loser of a case and if it eventually ends in front of a jury, it won't look favorable for the City.

I did speak to a source in the Connecticut States Attorney's Office and explained the facts as I knew them. They informed me that for Teale, or any public official to accept a check made out to them under such circumstances would be illegal. Fortunately for Teale, they said the statute of limitations would have expired by now. I'm sure there will be some "silver tongue" explanation from Teale, but is he willing to offer proof ?

Settle with Nolan now and avoid paying any larger settlement than we already are going to have to pay.

Another interesting case currently under appeal was the termination of a Tax Office employee branded a thief by her bosses in the Finance Department. The only problem was that the Labor Board didn't see any evidence of her being a thief, the City and her boss Lydia Rosario couldn't provide any evidence of her being a thief, and the Board of Mediation and Arbitration ordered the employee, Vilma Rivera-Saez reinstated to her position. The City under the direction of Rosie's legal masters has refused and is appealing the order.

One of the big problems was the fact of documented thefts from the Tax Office, but the evidence didn't point to Rivera-Saez, who the City labeled a "thief" according to the arbitration award. Testimony actually pointed to another individual who apparently is related to Deputy Finance Director through marriage to Rosario's niece, who also by coincidence works in the Finance Department.

Another stinker of a case headed to , I predict, a big payout if the City continues to appeal.

And finally, to end this for today is the pending appeal of another Labor Board decision regarding Hartford Police Officer Matthew Secore. Secore was terminated after he struck the nephew of former Mayor Perez after Perez's nephew brutally attacked Secore's brother.

The Labor Board determined that termination was too severe a punishment and ruled that Secore should be re-instated less a 90 day suspension. The City has refused to abide by the decision and the case is winding its way through the courts. Several attorneys I have spoke with tell me that the appeal has little or no chance of winning and Secore will most likely prevail in the end. The short version is that these decisions are very difficult to overturn unless the City can prove wrongdoing on the part of a hearing officer. There have been no claims of any wrongdoing.

It also appears that the punishment served to Secore doesn't fit the past practice of the degrees of punsihment. As an example, Secore was honest from the start and didn't try to deny the incident. On the other hand, an Officer who was involved in an incident where she shot an individual with a less than lethal shot-gun blast and initially lied to investigators, has since been promoted to the rank of Lieutenant. This as well as other incidents appear to have figured into the Labor Board's decision.

This is another one to settle and get Officer Secore back to work as the Labor Board ordered.

Matthew Secore's Arbitration Award is below:

In a cash strapped City we can hardly afford to pursue cases and appeals that are clear losers and have already cost the taxpayers of Hartford enough just in legal fees, never mind the potential jury awards down the road.

Labeling an employee a thief without documentation,as the Deputy Director of Finance Lydia Rosario allegedly did most likely will not sit well with a jury. Signing a letter of termination to a respected veteran, Deputy Chief Dan Nolan with one hand while having the other out to accept a check from Dr. Fichman I'm sure will not impress a jury. And the photos of Matthew Secore's brother Slade Secore after his severe beating by Reuben Perez will most likely not sit very well with a jury either.

IS THE PEREZ LEASH OFF HPD? 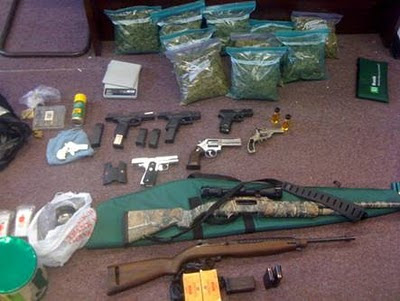 I might be reading too much into this, but it seems to me that we have seen a much more active Hartford Police Department since the end of the Perez Administration. Just this week alone raids of small neighborhoods stores resulted in the closing of a couple stores as well as arrests of some operators.

The part that was even stranger is that the media was actually invited along to show the good work that HPD is doing. What a difference a few weeks makes.

It may just be a coincidence, but hopefully Chief Roberts and the men and women of the Hartford Police Department will be allowed, and encouraged, to do what needs to be done.

(Hartford) - On July 22, 2010, detectives from the Hartford Police Department’s Intelligence Division executed search and seizure warrants at 58 Annawan Street and 6 Regent Street. As a result of the execution of the warrants, detectives made one arrest and seized over 10 pounds of marijuana, PCP, $14,945 dollars in US currency, two (2) long guns, two (2) revolvers, four (4) pistols and numerous rounds of ammunition. 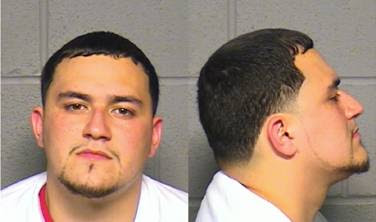