THE OFFICER MURTHA CASE...PRACTICAL OR POLITICAL? 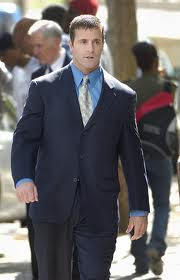 Have you ever laid your keys down and then a few minutes later can't recall exactly where you put them? Then add some stress to that, you have a doctor's appointment that it took months to schedule and you can't find that ring of keys to head to the appointment. You begin stressing and wonder why you can't remember everything exactly as it happens, your brain is supposed to be a perfect "video recorder" of your actions, right.

Now imagine that you are a police officer on a poorly lit, snowy street in an industrial area of Hartford in a high stress situation with a convicted felon intent on escaping. If that escape involves taking your life, he's going to do what he has to do, and the car he is in comes hurtling toward you. As a police officer you draw your gun and try to stop the deadly weapon, also known as the felon driving toward you at high speed, in an effort to protect yourself from possible death.

You do what you have to do, do what you were trained to do, you make the decision to use deadly force and you fire at the vehicle. In firing at the vehicle you strike the driver and he is wounded, but not killed. The end result though is that the convicted felon intent on escaping has been stopped and as you check yourself you are still intact, breathing, heart beating, so far so good.

Now the hard part begins. You couldn't remember where you put your car keys earlier but you are going to be expected to give a complete description as to what happened, second by second, inch by inch. And if you thought it was stressful trying to remember where you set your car keys down, then try having to be able to remember every detail in your decision to fight for your life and use potentially deadly force.

I'll post some of the documents here as they are available, but several big questions remain.

The first being is why does the City of Hartford continue to appeal this case? Is it a personal or political agenda being pushed by someone?

The only hearing that has seemed to be decided against Murtha was the Hartford Police Department's internal disciplinary hearing. That hearing is ripe with questions and would most likely raise the suspicions of any reasonable jury that may eventually hear the case. Both the Arbitration award and the Hartford Police Union's attorneys brief raise some real questions.

The hearing should have been conducted by an "impartial" Captain assigned by the Chief of Police. Newly hired Police Chief Patrick Harnett assigned Captain Joseph Buyak as the hearing officer. Coincidentally, Captain Buyak at the time of the Murtha incident was also the Commander of the Investigative division of HPD. Essentially that means that Buyak was responsible for the overall results of the Internal Investigation into the shooting.Then, Captain Buyak was also called upon to oversee the discipline hearing and decide on the actual legitimacy of the investigation and the same report that he was responsible for supervising.

That would seem pretty close to a police officer making an arrest and then also serving as the Judge for the trial. Why Chief Harnett didn't see this as a conflict of interest should be a very interesting question to be put before a Jury.

Eventually, due in part to Captain Buyak's hearing and the original investigation and acting on Chief Harnett's recommendations, Murtha was arrested on criminal charges related to the incident. After a criminal trial, Murtha was acquitted by a Jury and found not guilty of the criminal charges.

Murtha subsequently filed a lawsuit against the City of Hartford.This lawsuit was brought by Murtha to enforce Connecticut General Statute 53-39a, which provides economic recovery to any police officer who is acquitted after being prosecuted for criminal charges arising in the performance of police duties.

Before the end of the trial in Murtha's suit for damages, former Corporation Counsel John Rose recommended to the Hartford City Council settling Murtha's suit. In the memo, dated June 22, 2009 Rose urges the Council to settle with Murtha and he states "There is no question that Murtha will recover against the City. The only question is how much the jury/a court will award him.The damages claimed by Murtha are NOT covered by insurance." The Council disregarded Rose's advice and Judge Thomas Corradino rendered his decision on February 24, 2010 and agreed with Murtha's claim and awarded Murtha damages that could total $1,019,478.03.

Subsequent to that decision, the State Board of Mediation and Arbitration issued their decision in Murtha's Labor Board hearing. An Arbitration award ordered Murtha reinstated to his position and ordered that he "shall be made whole for all losses incurred including back pay and other benefits".

Although Rose had warned the Council that they would lose the original suit, which they did, the City is now also appealing that decision. That decision could potentially more than double the original award since the City chooses to gamble on the appeal. If the City should lose this next round, they are once again liable for all of Murtha's legal expenses as well as the costs incurred by the City defending the appeal.

In the meantime, the dollars are still adding up on the original award at the rate of approximately $1210.00 per week. That figure does not include any legal fees. Attorney Helen Apostolidis, a retired City of Hartford Senior Assistant Corporation Counsel who is now a partner in her own private law firm based in Middletown (Bird & Apostolidis), has been hired by the City to defend the case. The city is paying Attorney Apostolidis in addition to paying Assistant Corporation Counsel Nathalie Feola-Guerreri to be co-counsel in this matter.

There is much more to come on this, but the attached documents should provide some interesting reading to start with.

Wow, that dissenting opinion on his arbitration award reads like a joke. She mentions he's "good looking"? How unprofessional. She talks about his sleep habits and TV viewing. Are you kidding me???? Rob is a grown man who can make his own choices on how much sleep he needs and what he wants to watch on TV. If that opinion is the best reasons that can be presented to why he should not be reinstated as a cop then the city loss.

With such a serious loser on their hands here why they don't just pay up now vs pay a lot more later is beyond me. I thought the new Mayor and his appointed city Council attorney were going to put an end to wasting money on loser lawsuits. I guess Segarra is turning out to be the same old thing as Perez was. New faces but same old poor choices for Hartford tax payers.

The city fights these loser cases just so they can pay former employees large sums of money who now run private practices. Hartford leadership is all about making as much money off the tax payers as possible. Yes Segarra is turning out to be the same thing.

Let me guess the new city corp council Sandra used to work with Helen Apostolidis and they are friends.