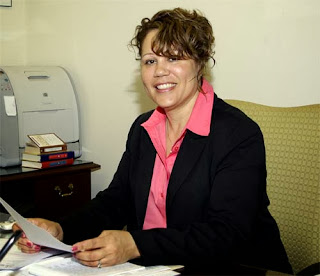 An Elections Enforcement complaint filed against Hartford's Democratic Registrar of Voters, Olga Vazquez has been settled after a lengthy investigation. Vazquez was fined $3000.00 for her involvement in the scheme.

The allegations surrounded Vazquez illegally signing petitions that were improperly filed with Vazquez in her capacity as Registrar of Voters. According to the complaint Vazquez and her Deputy Registrar Garry Coleman had signed off the improperly filed petitions to apparently keep the petitions from being thrown out as not being filed properly under Connecticut law.

For me this raises several questions that have to challenge the integrity of the Registrar of Voters Office. In a democracy, voters need to know that the system is beyond reproach. In this case it is not. We wonder why Hartford suffers from such low voter turnout and voter involvement in the system. Might it be because they just don't trust the process and have no confidence that it is above board?

Any one that reads this decision would have to agree with that mistrust. In an office that has three Registrar's , why was Vazquez and her assistant anywhere near these petitions in the first place . Vazquez was actually a candidate on the same petitions she was illegally signing and should have been smart enough to stay away from them to avoid any sign of impropriety or tampering. Clearly she was not.

For another story on Registrars behaving badly, click here

It is time for the Secretary of the State and the legislature to overhaul this system.

Posted by KEVIN BROOKMAN at 5:46 PM

Kudos on the Olga story, she deserves to be exposed. But why the silence on the Cloud story? The Audit Commission failing to investigate where and why the $800k went to O'Garro seriously undermines their credibility. ethics issues should go to the ethics commission but finding out where city money went should be the Audit Commission'sage most important job!

Hey Kevin didn't you have an interest in running fot the Rdgistra position? Please run, I will help. Also Ken Kennedy for Mayor; Pedro needs to GO, NOW.

Who will pay the fine Olga personally or will Pedro filter the money, he needs the voting block Olga supposedly can deliver. Pedro lost all support in the African American Community and is trying to dig up the old Abe Giles list, Olga can certify that list as well.