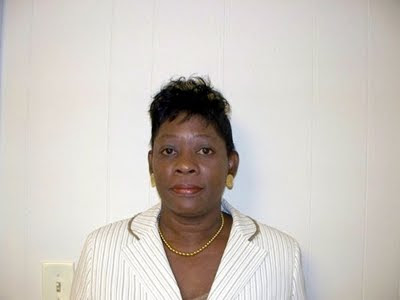 Airey-Wilson, who played a role in the Perez Corruption scandal and was eventually arrested along with Perez ,took Accelerated Rehabilitation to avoid going to trial.
After that decision many were calling for her resignation for her violation of the public trust as an elected official.

Now, it appears as though Airey-Wilson will be able to avoid those calls for her resignation and save face, courtesy of the City of Hartford's pension fund. City Hall sources have advised me that Airey-Wilson submitted her paperwork to accept early retirement shortly before today's 5:00PM deadline. According to those same sources, Airey-Wilson's "package" also includes paid medical insurance at the taxpayers expense for life.

It seems ironic that the State Attorney General is attempting to revoke Perez's pension for his criminal acts while Airey-Wilson is being rewarded and given a graceful exit from City Hall with her pension.
Posted by KEVIN BROOKMAN at 9:47 PM

As exciting as this news is, I cringe at the same time wondering who will replace her.

City Council tends to maneuver in like minded individuals, and that's not a compliment.

Two names being thrown around so far are Sweets Wilson, apparently no relation to the corrupt Councilwoman, but a close friend and ally and former Treasurer for Airey-Wilson's failed Senate campaign.

The other name is Corey Brinson, Airey-Wilson's nephew. Brinson has apparently left Hartford for jobs twice over the last couple of years , once for a job in Washington DC and then from what I am told he moved to Bloomfield when the DC job didn't work out.

His moves make me skeptical about his commitment to Hartford and its people, not to mention , do we really need to replace a corrupt politician with her hand picked relative?

And don't leave out Mike McGarry, he does need the benefits you know.

Both of those possible replacements sound fantastic and just what Hartford needs to fix it's corrupt image.

but isn't a Masters degree in corrupt behavior a prerequisite for appointment as a replacement Councilperson?

I only wish I knew what the Mayor's advisor's are telling him when it comes to these replacements. The Perez loyalists being seated on the Council will not support Segarra and any changes he needs to make at budget time. This council will continue to be a roadblock to any fiscal responsibility Segarra tries to bring to Hartford's budget this spring

Mayor Segarra needs to begin flexing some political muscle and get those critical votes on the Council that will support him when the tough votes need to be cast in his favor, or should I say in favor of the residents and business people of Hartford who will be taxed right out of this City when tax relief ends July 1st and the reckless spending continues

Clue me in.
My understanding is that early retirement is a method for bloated bureaucracies to reduce spending. A financial incentive is offered to higher paid employees so that they can be replaced, if at all, with lower paid ones. When it comes to an elected official what is "early?" And, how does the city reap any financial benefit in exchange for the induced retirement? Her replacement will not be paid any less than she.

good point Peter. There is a clause that allows for the Mayor to basically say no to anyone deemed critical but in the case of some elected positions and political appointees, there is almost zero savings.

Councilwoman Airey-Wilson happens to fit under the requirements due to her years on the Council. More of concern would be the Executive Assistants within the council who qualify, because once they leave they can be replaced at their cushy $50k/yr job plus benefits for doing practically nothing.

I'm sure Kevin will miss them as they comprise a bulk of his "city hall sources."

I think the Treasurer also qualifies for the early retirement benefit.

Other than in Hartford, where else and who else gets paid medical for life upon retirement? Just wondering...

Thanks to convicted felon Eddie Perez's reign, Hartford's city charter and policies have been molded into a giant gravy train for it's "leadership" and no one is willing to publicly demand changes and restore our faith in Hartford politics.

I think many had high hopes for Pedro to be the great change we needed and he's turned out to be a dud who's just quietly laying low, so not to make more enemies, so he can run for Mayor next year. If you think he will suddenly become a lion if he gets a 4 year term you're kidding yourself.

Personally I think every voter in Hartford should consider voting next time around for a fresh face in as many positions as possible, especially the Mayor who holds the strongest position in the city.

An inexperienced politician who places the public's needs above his/her own is worth more than a life long politician who's been corrupted by the system.

She gets years of service added to her actual term of service for the purpose of calculating her pension. I think it is 5 years of extra credit, which is an additional 12.5% of her salary, which is about $18,000.

That's not a lot of money. She probably cost the city more with her bad legislation anyway so I see this as a win for the city.

why isnt Pedro and the Council complaining about giving a pension to this crook?

Thanks, Rich.
She's not going to get wealthy on that, but significantly better than kick in the pants. The earliness of her exit would not seem to improve her position too terribly much.

Steve Bonafonte would make a great replacement for Airey-Wilson. He has a great deal of experienced and is committed to the City. He has been a cop and works for Travellers. I think this City needs someone like him.

Isn't it up to the republicans to find the replacement for her? So guys you all sound like you fit that label get someone good in there. You know the old push.

“Chuck Turner is certainly no James Michael Curley,” State Rep. Marty Walsh (D-Dorchester) told the Herald. “(Turner) was convicted in a court of law for taking money. The Irish didn’t do that to him. I take serious offense that he blamed the Irish for his problems with the legal system.”

Added John “Wacko” Hurley, a South Boston activist who organizes the neighborhood’s annual St. Patrick’s Day Parade: “I wouldn’t expect anything less coming from him. He’s a wannabe and a never-was.”
http://www.bostonherald.com/news/politics/view/20101202irish_pols_offended_by_chuck_turners_rant/srvc=home&position=0

TO SAVE CITY APPROXIMATELY $1 MILLION

(December 3, 2010)--- Mayor Pedro E. Segarra announced today that the early retirement of 30 city workers will amount to approximately $1 million in savings for the City of Hartford--- a city that is trying to close a projected $10 million budget gap for FY 10-11. The savings include the approval of three deferments until June 2011 and nine others staggered over a period of three months to allow for a more orderly transition.