DON'T HANDCUFF OUR POLICE, HOLD THEM ACCOUNTABLE INSTEAD 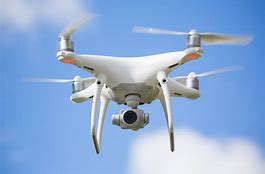 It is sad that our City Council tries so hard to create problems where they don't exist. A prime example is the proposed Ordinance  to restrict the use of technology by the Hartford Police Department.

It is also unfortunate that Council members can't , or won't , come up with proposals based upon their constituents needs but rather jump on board with legislation dangled in front of them by the ACLU. I never voted for an ACLU lawyer to represent me on the Hartford City Council. Our Council members need to get out in the Community more and start listening to what is important to residents of the City. And not only act like they are listening after they rile people up with misinformation

Early this spring, City residents were sending a message loud and clear at every opportunity that ATV's and crime were an issue. The Hartford Police responded with a program that included aerial surveillance and the operation was successful in clearing many of the ATV's off our streets for most of the summer. That aerial surveillance in the future will include a "drone" aspect to provide the aerial view and tracking for illegal activity on our streets and in our Parks.

Much of the Council's opposition to HPD technology is not due to the "Big Brother" watching  fears, it is more about promoting Hartford as a Sanctuary City where everyone if free of any fear of detection. The sad part is that even people who choose to come here because Hartford is known as a Sanctuary City, still have the same potential of being victims of crime as everyone else, possibly more.

The Council's anti-Police Technology agenda, and make no mistake, there is an agenda in play here, only serves to foster  greater mistrust in our Police Department. If the Hartford City Council were serious about holding our Police Department accountable to its residents, the Civilian Police Review Board  would be fully functional and meeting regularly to let residents know that their complaints would be handled promptly  and dealt with when issues arise. Not the lapdog joke it has been allowed to become under the Council's oversight ,  or should I say lack of oversight

We are fortunate as a City that we don't face the problems that many other Cities face with their Police Departments. Is HPD perfect? Absolutely not, our Police Department can always improve and strive to do better, but let's not create problems for someone's self serving agenda.  Transparency is a huge issue for any Police Department in gaining and holding the Public's trust.

HPD is a leader, in my opinion, in transparency. As an example, last week after an Officer involved shooting, HPD Command Staff released audio recordings within hours of the event. Other cities may take close to a year to release recordings.

If the Hartford City Council set aside their personal agendas and started actually working for their constituents needs, maybe things would change.

It is popular to attack the Police these days, but it should also be popular for elected Council members to attack homelessness, slumlords, disgusting living conditions, childhood asthma, gun violence, drug deaths, Hell, even the inequality of auto insurance rates for City resident's should be important, but I guess those issues are less important to the ACLU than a drone protecting Hartford residents.
Posted by KEVIN BROOKMAN at 11:52 AM

Yet they don't have any issues with police body camera technology. Meanwhile, the ACLU has started back tracking on wanting cops to wear them because it exonerates the officer's actions well over 90% of the time. And guess what, no more cutting breaks for citizens with body camera's recording everything. Everyone goes to jail.

It's been clear for a long long time, Hartford and GA 14 don't really care about reducing crime. It's all about race, nepatism, votes and self preservation with them.

The City Council hindering the Hartford Police Department seems like a story that has been repeated for decades. If someone had the time they could research Hartford Courant stories talking about the same topic since the 1960's.

The men and women of the Hartford Police Department are the busiest and hardest working officers int he state. No other police department comes in close. The police protect the city residents, both law abiding and sometimes those who are crooks, from harm fro m other law breakers. It is a non stop job.

Criminals learn from every arrest. They learn how to elude and evade future arrest and sometimes the criminal becomes smarter just from reading the report. Police have to adapt, learn and be one step ahead of the criminal element to keep everyone int he city safe, even the police detractors and enemies from the City Council.

The usual city council (small letters on purpose)member do not care about the safety and well being of the police officers when they object to technology. Body Cameras, drone usage, facial recognition, traffic cameras make the city safer. To object to them means that the city council members are either dopes, probably, or are so caught up in their own agenda that they forget their role in city government.

I know one community “leader” who is thrilled NOT to have more proof of wrongdoing in Hartford,,, the Reverend Henry Brown!!!!! Check this out Kev,, Henry hits a car from behind ,,Henry is clearly at fault,,, Henry tries and talk the young lady into exchanging information and NOT CALLING THE POLICE,,,young lady dates a cop from another town and calls him for advice,,,of course he advises to get a cop to facilitate the formal paperwork she will need and to hand a consequence to Henry for following to close,,, Hartford cop comes and after talking to Henry TELLS YOUNG LADY SHE DOESN’T NEED A FORMAL REPORT AND CAN SIMPLY EXCHANGE INFORMATION!!!! THE COP THEN ASKS YOUNG LADY IF SHE KNEW WHO HENRY BROWN WAS AND WHEN SHE REPLIED “NO” THIS COP FELT COMPELLED TO TELL HER WHAT “GREAT” THINGS HE DOES FOR HARTFORD!!! She was smart and insisted on a formal report. SHAME ON HENRY WHO ENCOURAGES OTHERS TO CALL POLICE AS NEEDED AND SHAME ON THIS COP FOR ACTING AS ADVOCATE/COUNCIL/DEFENDER OF HENRY BROWN . I HOPE THIS NEW CHIEF READS THIS AND ASKS THAT COP WHAT WAS HIS MOTIVATION FOR NOT DOING HIS JOB . At the very least this is unethical and should be addressed.

Kev,,,, I meant to add to my comment about Henry Brown this,,,,,,I wonder if the cop would have handled this differently if he had a body cam on?? I would have loved to hear what Henry Brown said to the cop ;;;; Kev, YOU THINK HENRY AND THE COP KNOW EACH OTHER ? AND IF SO “ HOW” ????

Go get the police report,,,or maybe you see nothing wrong here

Henry Brown is one of the few so called community leaders that actually defends the Hartford police almost to a default, the fact you have a Hartford cop commenting on this blog anonymously trying to slander him is hilarious sad and stupid. This is exactly why most African Americans don't trust yall or even want to deal with y'all cause ya have no loyalty An your entitlement is disgusting to say the least smh

How is the young lady asking for a police report slandering anyone.Is her right to obtain a police report for her insurance provider.There was no need for the cop to mention to the ypung lady who Brown was or what he does for the community. He slammed into her from behind clearly his fault for following to close or drivivg distracted.

Once again, a clueless rookie rat cop. People exchange information all the time for minor MVA’s. When there’s no injury and minor damage it’s an option the people involved in accident have. This is usually done to prevent a ridiculous rise in already high insurance premiums. Whether a cop advocates the exchange of information or not is no big deal. All that matters is if the people involved want an official accident report that the officer does just that. Nothing to see here folks, another nothing burger here.