IS IT REALLY ABOUT THE CHILDREN ? 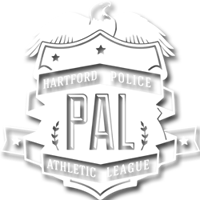 I think we would all like to think that the number one function of the Hartford Board of Education and Superintendent of Schools Leslie Torres-Rodriguez is to protect and educate Hartford's children.  At least two recent moves by the Hartford BOE seem  to show that protection of children may be the furthest thing from the reality

One of Hartford's most productive programs for mentoring and nurturing Hartford's children is in jeopardy due to actions by the Superintendent.

One of the first moves made by former Hartford Police Chief James Rovella (now Public Safety Commissioner for the State of Connecticut)  when he took over at HPD several years ago was to rejuvenate the PAL program. Rovella modeled the program after the very successful Waterbury PAL program. Now retired Deputy Chief Neville Brooks was tasked with researching the Waterbury program, and those successes were built into Hartford's program.

Hartford PAL was rebuilt as a 501c3 non profit with an energetic Board of Directors to move the program forward. Under Rovella and the new Board, hundreds of Hartford's youth have had a very positive mentoring experience as well as very positive interactions with Hartford Police Officers and others while providing very positive character building.

I remember originally when Rovella was fighting to find and establish a permanent home for Pal, he had expressed his frustration to me  in trying to fight budget cuts that would threaten PAL, the Cadet program and the explorer program which essentially formed the basis for his future minority recruitment programs for HPD officers by working with the youth at an early age.

Chief Rovella  eventually was able to secure a home for the program in the old Quirk School at 85 Edwards Street. That building was on the western side of two buildings making up the school. The eastern side was eventually renovated and re branded as the Global Communications Academy.

The Hartford PAL program has been so successful that their Board of Directors was able to propose and secure $7.5 million in State funding for renovations to the PAL facility for the initial stage of improvements to the building.

PAL, in preparation for meeting their facility needs had worked out an arrangement with the Superintendent of Schools for temporary usage of  space in the Eastern school building, the recently renovated Global Communications Academy.

Now that the time has come to relocate the PAL Programs, the Superintendent has apparently reneged on her promise of space usage for PAL. This apparently came as a surprise to the PAL Board , who felt that they had been dealing with the Superintendent in good faith to protect the future of the program to continue serving Hartford's children.

The Superintendent apparently backed out on her promise to move forward another initiative that  also may prove to be shortsighted and harmful to Hartford's Children. The Superintendent and the BOE will be moving the Adult Education programs into the Global Communications Academy building soon.

This makes no sense to house the adult programs in a building for children. What protections will be put in place? Will full background checks now be required for any adult using the Adult Education programs? How will the facility be divided to make sure adults taking classes will not be interacting or in way have their behavior influencing the children entrusted to the buildings? Will there be separate bathroom and cafeteria facilities?

A check of HPD calls for service to the current Adult Education facility at 110 Washington Street will show that the program is not exempt from problems and those problems are not fitting for a school with children attending.

The PAL program is too valuable to Hartford's Youth for this to be allowed I don't want to paint Adult Education  users with too wide of a b rush, but if there is any interaction between adults and children, it is the responsibility of the BOE and the Superintendent to take every possible step to protect the children as well as finding temporary space to house the successful PAL program

I think the parents as well as the staff at Global would agree. 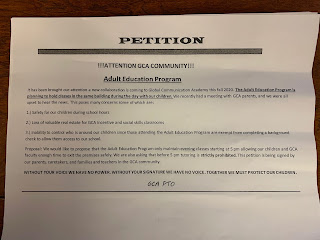 It seems to me,the name Leslie Torres-Rodriguez has been brought up before, also
with negative connotations.

What is her background & qualifications to be Superintendent of Schools?

I wish the HARTFORD Fire Department would had found a board of trustees to secure 7.5 million to save 275 Pearl St.

I knew the mayor and fire chief were full of crap I see there is plenty of state funding for other programs but not to remodel a central downtown station firehouse. I hope local 760 keeps that in mind in 6 months when it's time for negotiations.

The BOE has been running our schools into the ground for years. Who gets blamed for their failures? Teachers. I wish you would look into all of the schools they are "reconstituting". I believe they purposely sabotaged these schools so they could obtain grant money from the state. What's happening in Hartford Schools is criminal.

Unless kickback city is in play. Maybe the super is doing this to free up money so she can use to pay her special friends more, or give herself a raise.

4:31 PM AND 7:17 PM ,,,, How do you justify remodeling 34,000 sq ft for 6 HFD members to occupy daily . Please provide a legimate example where a 34,000 sq foot building housing 6 city employees is a benefit to the the TAXPAYERS who fund it? Also , I now it’s only been a short time but are there any examples yet where a civilian was affected by this long distance move by the TAC? Were their EMS response times in the most dense part of the city delayed putting civilians in compromised scenarios? WAIT, that’s right they don’t respond to EMS calls only real calls were there needed. 34,000 sq ft —-34,000 sq ft —34,000 sq ft . Please soak in that amount in people ,,6 firefighters expect you to heat/air condition/electrify/supply water/ plumbing/insure etc. AFTER you pay millions to renovate it.

You my friend have drank the mayor's Kool Aid. Just keep getting paper certificates for yourself and the members and accreditation and just surround and drown every fire we respond to.Remember you can't put a fire out with a book.

You could have not said it any better!!! I agree!!!

What about Engine 7?? It houses 5 people.Its also a big building. What about Engine 5 houses 4 people ,also a big building. The same can be said about almost every single piece house in the city. It's not our fault the city of Hartford build huge firehouses many years ago.Thats no excuse to shut down a firehouse when as a taxpayer I see plenty of spending going around from city hall. Knock every firehouse down and build cottages if that's the case

8:39 AM You’ve got to be a firefighter ! Engine’s 7 and 5’s quarters add up to about 22,000 sq ft , your shy anonther firehouse ! Who else is on your chopping block?. Hope you don’t compare the size of body parts the same as you do with “big buildings” You might disappoint your date! Good luck on your advancement test it’s a bit harder than your entrance exam, unless you fit into a certain category then keep “calculating” as is ,you’ll be just fine! Oh by the way genius they built 275 Pearl St as the headquarters of HFD not as just a firehouse . In case your unaware HFD headquarters has been on High St for a number of years now.

Go turn on your PlayStation or Xbox in your office you goofball.Thats about the only thing you were probably good at in your whole career.