OK, THE JOKE IS OVER , PLEASE TELL US THE TRUTH 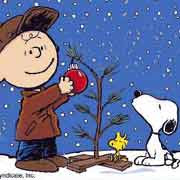 I think I might have finally figured it all out. For the last several years we have all been on a hidden camera reality show just to see how far we would go to tolerate a corrupt, incompetent, overly inflated municipal government trying to kill a capitol city. Any day now, someone will jump out and yell "surprise, we gotcha"

I won't rehash everything over the last couple of years, but tonight's "Festival of Lights" has to be our last performance before the producers of "Surreal Life: Hartford" unveil their project. There is just no other logical explanation, it can't get much worse.

As dusk started to settle over Hartford, I decided that after this afternoon's post about the poor condition of Bushnell Park, I would give the "Festival of Lights" a chance anyways. I left the comfort of my living room and the fireplace, bundled up and I walked downtown. I was pleasantly surprised by the foot traffic headed toward the park and the large crowd in the park.

Suddenly as I walked into the park I heard the countdown ten, nine, eight......three, two, one, zero. I waited to see Bushnell Park in all its holiday splendor as I expected to see all the trees lit up, the pumphouse outlined in miniature lights, essentially Constitution Plaza re-incarnated in Bushnell Park with thousands and thousands of small white lights. I wanted to see the few thousand people in the park feeling warm and encouraged about Hartford's new direction.

I thought something went wrong because after the countdown all that lit up was an artificial tree in the middle of the park. Ok, they must be waiting for the big finale and this was just a tease to get people going, at least I hoped.

Almost apologetically I was informed "that's it". That's it? One tree in the middle of the park, and an artificial tree at that. And a few shop lights with colored filters shining on the trunks of a few trees at Jewel and Trumbull Streets.

So I am convinced that it must be a reality show, no one can be this incompetent and still collect a salary. No one can hype an event such as they did with the move of the "Festival of Lights" and be serious about an artificial tree being lit and expect it to draw all those people back into Hartford in the future.

At the risk of getting punched out, I asked a few people what they thought as they quickly exited the park. The comments were pretty short and to the point and ranged from "This sucked" to "We're done with Hartford". One person even commented that a police cruiser parked at the curb had more lights on it than there were in Bushnell Park. The sad part is that they probably weren't far off in their assessment.

Like I said in this afternoon's post, I can't figure out why or who made the brilliant decision to move the Festival of Lights from Constitution Plaza. It just seems like it would have been a great opportunity to build the festival and include the latest crown jewel of Hartford, the Connecticut Science Center. But I guess in true Yankee tradition, we don't want any excitement to stir things up.

Oh well, there will be other opportunities, but we'll probably blow those too.
Posted by KEVIN BROOKMAN at 6:38 PM

The whole thing was really sad and very embarrassing as we invited friends from out of town to come. No Santa, one fake tree and absolutely nothing to do after. As a long time resident of Hartford, I've learned to not have very high expectations of anything that goes on here but this one really depressed me. Can't we do anything right,ever?

Why is it that other cities, New Haven in particular can attract people to their downtown?

Can it be there is an effective marketing campaign, or coordinated efforts on the part of all stakeholders such as restaurants and other attractions?

Apparently, I didn't miss anything this year by not going. Oh, wait, yes I did miss something...seeing first hand how a botched event can further push us toward the edge.

It's not rocket science folks. It just takes somebody with some imagination, and the go ahead to do what has to be done to get the job done.

But hey, these are the same people that take two weeks to have a victory parade for the UCONN teams. NYC, bigger city, does it at the drop of a hat.

Maybe they should run things up here.