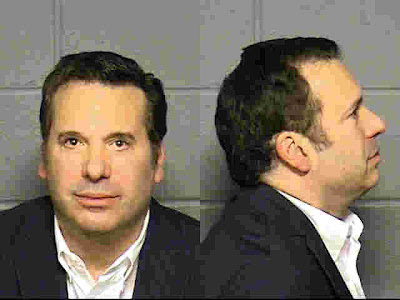 Here is the arrest report for Ticket Networks CEO Donald Vaccaro. The interesting part is that he was actually the one who called police to complain about being thrown out of the event by a "bouncer". I wonder if he is rethinking that phone call now.

UPDATE, 2:49PM: The original arrest report posted here was provided to me by the Superior Court and the address of the victim was redacted. In that report the name of the victim was still visible. After posting the report, Hartford Police spokesperson Nancy Mulroy contatced me and asked that the victims name also be reomoved and she provided me with a "redacted" version of the report, which is now posted here. Considering the fact that the charges involve a "hate crime" allegation, I agreed and posted the redacted version removing the victims name and addressRedactedVaccaroPoliceReport[1]
Posted by KEVIN BROOKMAN at 11:59 AM

What a jerk. He should have gotten his ass kicked.

If I had been the woman he sexually assaulted, which is what it was, he would indeed have gotten his arse kicked. The bouncer would have been lucky to have gotten him out of the building without a stretcher. Just saw on the news that this was not his first problem with women. Girls, put them a jerk like this in their place on your own and let the bouncer take out the trash.

Nice job Eddie! You couldn't have had a better cop deal with that situation especially seeing how the media took hold of it.

Isn't Hector Robles employed by this guy as a "security consultant"? Hmmm weird.

The State of Connecticut approved almost 7 million dollars in funds or tax break for hiring residents of the state to work for the company he owns.

in addition to the arrest the state should audit/ Investigation of all funds his company received to ensure compliance of the terms of the contract they have with the state.

Only in America, The land of the Greed!