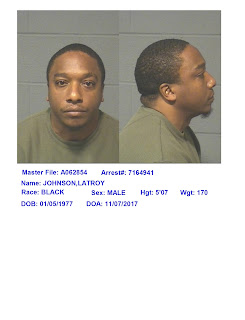 On September 23rd at 12:38am, Hartford Police Department patrol officers responded to the area of 1164 Albany Avenue on a report of shots fired by both the automated ShotSpotter systems, as well as several 911 calls. HPD  Officers arrived and found four gunshot victims. One of the four victims (Joshua Taylor) was pronounced deceased on scene. Another victim (Jovan Wooten) was found unresponsive and transported to St. Francis Hospital where he ultimately succumbed to his injuries and was pronounced deceased on September 29th 2017.  Two other victims were also located suffering from non-life threatening gunshot wounds. The Hartford Police Department Major Crimes Division initiated and lead the investigation. Initial investigation revealed that a verbal had altercation occurred on the sidewalk to 1164 Albany Avenue, an area known for very heavy pedestrian and vehicular traffic.   The altercation escalated to gunfire when the intended target (deceased, Joshua Taylor) was struck by a single gunshot to the head.  One of the individuals who was with him, (licensed gun permit holder-Jovan Wooten) returned fire.  It appears at this time that he did not strike the shooter, but was met with return fire from the suspect, resulting in him taking a fatal gunshot to the face.   When Wooten was located  by HPD officers, his licensed firearm was still in his possession.  Detectives from the HPD Major Crimes Division and HPD C4 analysts secured surveillance video in the area which recorded the incident.  Several pieces of crucial evidence were secured and analyzed by the Hartford Police Crime Scene Division.  Ultimately, the combination of forensic evidence,  surveillance video, and cooperative citizens led to probable cause to charge Latroy Johnson, 40 of Windsor CT, with the homicides.
On Monday, November 6, 2017, an arrest warrant was drafted and submitted to the Hartford State's Attorney and a Judge of the Superior Court. The arrest warrant was approved and signed by both. The arrest warrant had a two million dollar Judge set bond attached and charges the accused, Latroy Johnson, with two count of Murder, Assault First, and Criminal Possession of a Firearm-all in violation of Connecticut General Statute.

Today, November 7, 2017. HPD Major Crimes detectives developed information that Johnson (A convicted felon with 23 previous arrests currently out on CT Probation) was scheduled for a probation meeting in Hartford. Upon his arrival to the meeting, members of the Hartford Police Department and U.S. Marshal's Fugitive Task Force safely and peacefully took Johnson into custody without incident.

Johnson was then transported to the Hartford Police Major Crimes Division to be debriefed by the lead detectives before being transferred to the Hartford Police booking facility where he was processed for his charges.  Johnson is scheduled to be arraigned in Hartford Superior Court located at 101 Lafayette Street on November 08, 2017 at 9:30 am.  Anyone with information regarding the case is asked to call Lieutenant Paul Cicero of the Major Crimes Division at 860-757-4179, or the confidential tip line at 860-722-TIPS.

Probation!?!? Hahahahaha I don't know why we even bother to put these cases together. They just get a slap on the wrist with probation and treatment and more probation. It's an absolute waste of time. Now they are talking about deversion programs. Yaaa.....that's going to work (yawn). Put Charles Broch in a deversion program and maybe he'll stop doing his crack cocaine that he's been doing for the last 30 years SMH. This State is an absolute joke!!!

Why did we get rid of the death penalty, again?

Could some readers provide more information about WHY these people were in Hartford?? Not one of them was a resident. What is the significance of the address they were found at? Thought this was one of the areas to be rehabbed soon via construction/redevelopment projects.
Thanks.

Why were they in Hartford? Because they’re criminals involved in criminal activity......and Hartford is a criminal cesspool.

Whether they were here buying drugs or here headed for Church, the bottom line is that a convicted felon in possession of a firearm ILLEGALLY took two lives using that gun because he had no fear of accountability by the courts after his previous 23 slap on the wrists for his criminal behavior. And yes, there is inherent danger associated with illegal drugs in Hartford, but most of that danger comes from illegal use of firearms which we cant's seem to control or don't want to control or am I missing the public outcry?

There is usually not a public outcry in the City about gun violence. Except for Reverend Henry Brown the majority of the clergy is silent. Many in the public don't talk because of the criminal code of "Stop Snitching", maybe some more people should talk to police to safeguard their neighborhood and city but that gem of an idea eludes them. Others are afraid and many just apathetic.

A couple of examples of public outcry over street gun violence are the following:

1994 drive by shooting murder of 7 year old Marcellina Delgado in what used to be Charter Oak Terrace. That murder was national news and led to a strong crackdown and criminal street gangs.

1997 murder of 4 year old Lydia Gomez who was murdered by an adult cousin and her body hidden under a front porch of a home in Frog Hollow.

Criminals that kill each other usually get Page 20 in the Connecticut section of the Hartford Courant and that activity is shrugged off as regular street life.

Support Hartford Police
Support them in removing violent crooks like LaTroy off the street. There are plenty of such individuals.
People who witness violent crimes should call police. You will make your neighborhood safer.

Have a nice day.

Yes you are right, but i will tell you as I commented before. Its the "bakery" that is the center of the nonsense there. Before this shooting, i exclaimed how dangerous and ridiculous that hotspot is. The city has had numerous referrals on the matter, yet deckine to act. So, nothing will change.

He lived in Windsor what does latroy have to do with Hartford? Smh

9:08...please, stop with your comments. You are just one of those people that like to argue when you really don't understand the topic at hand. There is no breaking it down for you so to speak because you really don't want to understand. Shhhh. No mas.