IT'S TIME TO START THINKING ABOUT BUDGET CUT IDEAS 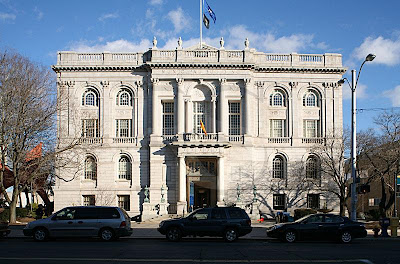 Just about every City of Hartford employee I speak with has numerous ideas how to cut the budget and reduce spending. Almost every resident can point out an inefficient area in city services. It isn't too hard to identify some waste, and in the end it all adds up.

A couple of the obvious ones are repeated time and time again at Council Meeting public sessions, but no changes seem to be made. City vehicles being used excessively for who knows what reasons. A constant example is the Assistant Police Chief who commutes daily to Stamford, CT in a city vehicle using the city's gasoline.

It would seem to me that the reason for a "take-home" vehicle is to be able to respond back to the city in an emergency. If you live an hour and a half away, is there really a need for anyone to respond back. I would hope that there would be enough qualified people on duty to have the situation under control in much less time than it would take to drive back from Stamford. Not a huge amount, but it all adds up.

A complete review of city vehicle usage needs to be conducted and the policy revised. I won't even go into the luxury SUV assigned to the Mayor's Director of Capital Projects.

A driver for the Mayor. Leadership starts at the top, and a Mayor should lead by example. Can we really afford to have someone driving the Mayor around, especially lately when that job consists of chauffeuring the Mayor and his wife from their home to the courthouse. On several days when I checked during jury selection, the Mayor's city-owned Mercury Mountaineer SUV and his driver were sitting in the parking lot of his attorney, directly behind the courthouse. Again, probably less than $60,000 (plus benefits) but it all adds up. 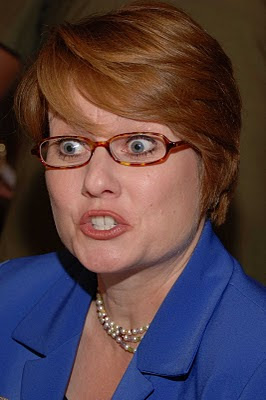 
Numerous media spokespeople. Probably half a million dollars, if not more, are spent on what the city calls "media relations". Most other people would call it media "spin" and the Mayor's Office actually calls it furthering the "Gospel of Perez". The Board of Education has a couple people handling "media relations" at salaries of over $100,000 each. When was the last time you saw a press release from the Board other than bus schedules. In reality, when media people check with the Board regarding an incident in a school, they are met with a firm "no comment". I would think a staff person could do that for much less.

The Police Department has at least 2 people handling the media and their website. Since the blog for Chief Roberts on the HPD website was last updated in August of 2009, I might question the need for that position. The Public Information Officer for the PD, a uniformed Sergeant who could be used on the street, works Monday through Friday during regular hours. The majority of incidents that the media is interested in typically happen after normal business hours.

When an incident happens after hours, a ranking officer in charge for the shift sometimes speaks to the media and on many occasions the Chief himself speaks at 2 or 3 in the morning if he is at the scene. Couldn't this happen 24/7 and free up a sergeant for the streets and save a "website coordinator" contract worth over $65,000.

Then the Fire Department has a PIO (public information officer) a Captain assigned for media relations. Probably another $80,000 a year plus salary (not including benefits). At any major incident there is always a Deputy Chief (always at least one if not more)and in most cases they speak to the media as needed.

And then there are the disciples spreading the "Gospel of Perez", also known as propaganda and spin, from the Mayor's Office. The numbers probably will never be accurate to the public as to how much is devoted to "media relations" out of the Mayor's Office, but salaries alone are probably over a couple hundred thousand dollars.

Couldn't one person operating out of the Mayor's Office handle all media relations as needed. If you look at the number of press releases generated by all of the various "media people" on a weekly basis, it would probably be hard to fill a 40 hour week for just one person. This could be a sizable amount of cash saved if one person co-ordinated media relations.

Many major cities, including New Haven, coordinate media relations through the Mayor's Office and centralize their operations reducing redundant positions. If the PD and FD can have ranking officers handle the media, why do full time positions need to be assigned. Again, it all adds up.

In addition, last year at budget hearing time the issue of city cellphones was brought up, and numerous cellphones couldn't be accounted for, even though the city was still paying the bills. Sounds like a savings is available there, who knows how much that could add up to.

Just a start, but it amounts to reduced spending. Fell free to post any ideas.
Posted by KEVIN BROOKMAN at 7:23 PM

Oh Kevin;
Be serious!! These comments are about common sense; something Hartford leaders are very unfamiliar with.

Don't the tax payers care about this stuff? It's a slap in the face to all of the hard working people in Hartford and the State whose tax dollars are funding this mess.

Pope,
Unfortunately most have no idea. Without this blog neither would I and unfortunately not enough people are aware of this blog. This web address needs to be posted all over this city, at least it would be useful graffiti.

Sarah Barr is a joke....all of that tax payer money...why don't they just flush it down the toilet

Kevin: Last year the Mayor asked each of the unions for a list of ideas to increase revenue and decrease spending. The unions provided awesome suggestions to little or no avail.

Why does Panagore need two assistants? He has a very competent assistant, and then went ahead and hired a second one who is apparently his personal friend.