WHAT IS BEST FOR HARTFORD? 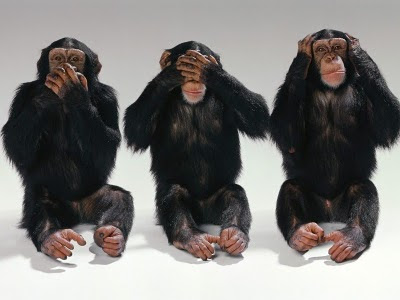 What is best for Hartford? That seems like a logical question that should be asked before important decisions are made for our city's future. Unfortunately, that question seems to be lost on some City Council members as they prepare to select the replacement for the vacant seat on the Council.

Horsetrading at its finest is being carried out behind closed doors in the Council offices. It is not about selecting the best possible candidate, it is about shoring up the foundations and political favors for some Council people and their political futures.

The promises for support down the road are being made by those with Mayoral aspirations. Comments like "I'm voting for R*** D******* on the first ballot because I promised M***** G******* I would to get her support next year" (the full names were left out to protect the identities of the horse traders). Or "if I vote for .... "insert candidate name here"...will they vote for me for Council President?"

Those are honestly questions and statements that have been made by council members, they aren't questions I am making up.

I'll admit, the choices seem pretty slim, but out of the three front runners,at least one candidate seems to stand out.

Hartford Attorney A.J. Sierra was the one that seemed to impress the audience members the most from the feedback I got. Sierra relayed how he put himself through law school by running a hot dog cart downtown at night in the bar area. He then went to law school, passed the bar and set up shop in Hartford where he has remained and lives here with his family and has his offices here also.

I would think what we need now is someone with common sense who has built their own business, understands what the people of Hartford are going through and can bring some new ideas to a stagnant Council.

The horse trading "politics as usual" mindset by the current Council needs to change. I didn't name the council people involved in the wheeling and dealing, but I may after they meet Friday to make their selection.

I have a few suggestions for the possible candidates that they might want to ask. If the Robles incident means anything, they should probably not expect honest answers to their questions from some, but who knows.

They might ask the candidates "Have you ever been asked to leave or failed out of a Police Academy because of a poor attitude and a failure to respect authority while in that Academy?". Also a good question might be "Have you ever been or are you currently involved in a food stamp fraud investigation that could potentially result in your arrest?". This question might prove interesting also "Are you aware of any past or current investigations by any agencies into your law practices that may result in the loss of your license to practice law?".

I'm sure the Council members have plenty of their own questions they could ask if they really wanted to find the best candidate. For some reason though I think most of those on the Council follow the old adage "Silence is Golden"
Posted by KEVIN BROOKMAN at 6:44 PM

The Insanity that Hartford has become must STOP!

We have a 6th District State Rep. that has already admitted his GUILT. Who now is trying desperately to hang on!

Now we are Horse trading for a Council seat,Supposedly for next years Mayoral race, and this years council Presidency.

(One Councilman wants to have a secret ballot!!)

One Council candidate was thrown out of the police Academy!

We have a chance to begin to show the residents of Hartford that we will not allow this mockery of government to go on any longer.

Hopefully Five of these council people will stand up and do the right thing!!

Like I said earlier, I’m a fan of your efforts to inform.

That wild big misjudgment you made with Mr. Morales is history, gracias to the voters for his loss.

Please move forward with fair assessments, not endorsements, keep it transparent and informative and many of us will continue to thank you.

My decision on Angel Morales was made before the election when I realized I had grossly misjudged him and his character. I gave him my word that I would not do anything to damage him a week before the campaign, and I kept my word on that.I can admit when I made a mistake, and this was one I will readily admit I was wrong in supporting him. Do I feel good that Kelvin Roldan won by a few votes? No, the voters of the 4th deserve better and hopefully in 2 years will get that.

I am not endorsing A.J. Sierra, I have never met him and have never even spoke with him, I just know what I saw and heard the night at the Library,but compared to Raul deJesus and Alex Aponte, the decision seems like a no brainer. DeJesus and Aponte would go broke getting on a plane with the baggage they are carrying.

this is not about Morales, AJ o la Madre Dios.

Sr. this about keep it clear and transparent. Morales and AJ don't matter-please.

why is Aponte's ex wife working at City Hall ? She is the one who fired Mayor Segarra's brother.

kevin isn't supporting aj, in fact he's repeating what everyone has heard. aj has made a deal with rjo so that she can be president. some sordid alliance amongst the initial's faction. he also sponsored one of her fundraisers.

Do we really want another " hector robles in waiting" in Alex Aponte ? And then when Ritter moves over to the legislature we have equal "baggage buddies" in Tom Page and David MacDonald.This is why Hartford is in a culture of corruption...because of the casual attitude that the political system has for sleazebags.

"The Insanity that Hartford has become must STOP!"

Hartford City Hall has become a magnet for criminals of all types.

Easy money and no accountability...top to bottom.

It will not stop as long as there is easy money on the table.

Kevin is a noble lonely voice in this wilderness, BUT...

People will sacrifice their rights as well as YOUR rights for their self interest(MONEY).