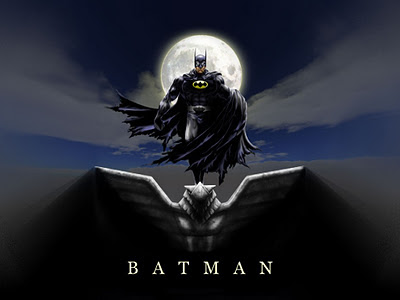 It continues to amaze me the recognition I am getting as I am out meeting people during my campaign for Hartford City Council. One young person who I met recently is someone that has grown up in Hartford and continues to call Hartford home after graduating from college. These are the people that we have an obligation to mentor and bring along as the future leaders of our City. I think that is where we have failed miserably, and the main reason our "leadership" is the mess it is.

We have adults who continue to maintain their strangle hold on power into their 70's and 80's without bringing along any young people to fill our leadership vacuum. To be successful we need young people with new and fresh ideas and a better understanding of an ever changing world to be encouraged to get involved in our city governance.

The person I mentioned above sent me this message below in an e-mail today and I have to admit I am extremely flattered by his opinion as well as his writing style, I think he is boosting my ego, but a lot of his comments are true, even though I was never a big batman fan, maybe I should watch the movie on this snowy night.

And as far as I can remember, this is the first time I am posting someone else's writings on the blog, but then again, how often do I get compared to a "super-hero"

Most people who have seen the movie, Batman: Dark Knight, vividly remember the final scene. As Batman is running away from the police, Detective Gordon’s son, a symbolic character representing innocence and honesty, asks why Batman is running away from the police. Gordon responds, “Because we have to chase him.” The son says, “But he didn’t do anything wrong.” Gordon responds with the final words of the movie, “Because he's the hero Gotham deserves. But not the one it needs right now. And so we'll hunt him. Because he can take it. Because he's not our hero. He's a silent guardian. A watchful protector. A dark knight.”

Like Gotham, Hartford is broken and like Gotham, Hartford also has a silent guardian. A watchful protector. A Dark Knight. Kevin Brookman is not always liked but he is overwhelmingly respected by the political class that governs us and the citizens that bond our communities together. Over the past few years, Brookman’s ability to make an honest effort to hold our city leaders accountable for their actions has enabled the residents of the city of Hartford to become more aware of the problems we face and, more importantly, the consequences we will reap if the city does not change course and head in a direction that promotes a healthy and sustainable environment to live in, work hard, produce capital, and attract investors to our state’s capitol.

Is he Perfect? No.Is he a hero? No.Does he claim to be? No. Does he have a plan? Yes and its simple: Raise the awareness of our past and present problems and return our city back to fiscal sanity, moral responsibility, and a multitude of opportunities for every citizen of Hartford.

Without our Dark Knight, we, like Gotham, will continue to breed corruption, and sacrifice our liberties for short-term security that places band-aids on gashes and screen doors on a floating submarine unaware of and not seeing the dreadful consequences of what will happen when the body runs out of blood and the submarine, like our economy, takes a dive and falls beneath the sea.

Brookman is and will continue to be chased. He will be hunted and he will be persecuted but Brookman knows that truth and justice are never to be sacrificed for power and privilege and the potentiality that our city has is a cause that he will continue to fight for, protect, and honor even if that means the light he sheds must live in a shadow, a dark shadow, a dark shadow protected by a dark knight.

And before the comments begin, no, I will not be wearing the outfit any time soon
Posted by KEVIN BROOKMAN at 5:57 PM

Perhaps we have another blogger available for when you are a councilman and can't devote as much time to the blog as you will be too busy trying to make a difference from the inside. WHEN you are elected you will need to pace yourself, the city truly does need you and you know it will be stressful. Get this kid on board now.