WALLER OUT AS ASSISTANT CHIEF 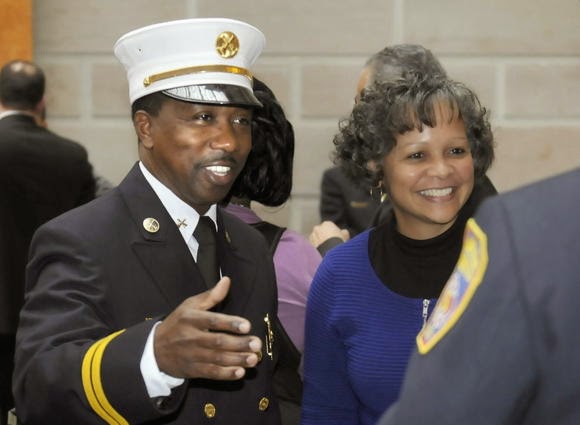 Sources are confirming that Acting Assistant Fire Chief Terry Waller is being demoted back to District Chief effective Sunday. This move is apparently being made after a fallout yesterday between Waller  and Fire Chief Carlos Huertas. Shortly thereafter  an e-mail was distributed Department wide that as of Sunday Waller is no longer assigned to the Chief's Office.

More on this later today
Posted by KEVIN BROOKMAN at 3:02 PM

don't know what was going on between Huertas and Terry, but no question in my mind that Kevin, as well as the many concerned residents of Hartford who read this blog and care about our city, contributed to the downfall of Waller. Congrats!!!

Thanks for your comment, but it is not about the downfall, but more about accountability, which we need a lot more of in Hartford. Next step is to hold Segarra and our councilmembers accountable as we vote them out in November

LITTLE man, not so BIG! Is he running back to the union for protection? He knows the writing is on the wall and this blog. Was AC taking him away from the "much needed time with his family"? Is he and his chick going to be arrested and accountable for the 50 g's they stole, yes stole the tax money owed to the taxpayers.

Now Pedro and his criminal acts MUST be dealt with, he MUST be held accountable and MUST GO!

Sad to say that the little man is just laying the groundwork for his lawsuit. SKB wrote the letter "asking" for him to be returned to his old position. If caviar gets reelected waller gets chief if he loses waller sues.

Sue for what? All that may mean nothing once the Bell investigation is released.

And the reason he was no longer allowed to respond to fires is because he was milking the City for 3 hours overtime for every fire he responded to, even if it was a false alarm, all just to pad his pension.

And look what he did by his interaction with McLoughlin. He shouldn't be allowed to talk with anyone

Poor Terry Bonaparte, they didn't let him accomplish nothing.