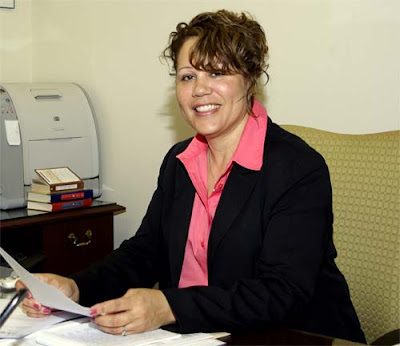 After watching last weeks budget hearing and listening to the numerous complaints I frequently hear about the Democratic Registrar, I keep asking myself what is going on in that office?

It just seems to keep getting worse for Hartford's Democratic Registrar of Voters Olga Vazquez.

After the 5th District Democratic Town Committee race petition mess, the Superior Court decided that Vazquez and her assistant Garey Coleman had acted improperly in the handling of the petitions. That should have been pretty clear to Vazquez because she had been fined previously by the State Elections Enforcement Commission(SEEC) for similar behavior in 2004, that decision and complaint can also be viewed below.

Now the matter will once again be headed before the SEEC for their investigation and a ruling on Vazquez's actions.

In a complaint filed on April 16, 2010 by Georgiana "Jean" Holloway it is once again alleged that Vazquez has violated state election laws. The complaint can be viewed below. It seems that the investigator assigned should be able to make quick work of this one by reading the Judge's decision and reviewing the Court's transcripts.

Did'nt Jean and Prinzina Holloway voted for Olga to put her back in charge of the Registrar of Voter's office and got rid of the other registrar who was doing a good job! Jean knew of Olga past violations. This is the change the DTC wanted "corruption, dishonesty"LOL.

Dear anonymous....Jean also backed a felon who serves as her Secretary of the Party and the man she used to be an aide for,Louis Watkins, who is under investigation for taking kickbacks in the Diggs Construction matter.Is that the type of "reform" Hartford needs?