IN MY OPINION , WHY IT IS TIME FOR CHANGE 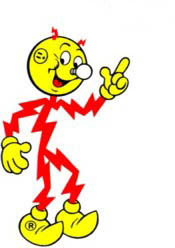 At the July meeting of the Maple Avenue NRZ, Senator John Fonfara, co-chair of the Legislature's Energy Committee, gave a presentation about the Energy Bill he introduced in the last session. He spoke about the wonderful benefits of the bill and made it a point to tell everyone how much they would save on their energy bills under his legislation. He went on and on, accompanied by his co-chair on the Energy Committee, Representative Nardello.

I would imagine many in the room were already counting their savings under the "Fonfara Plan". Many of the people in the room are senior citizens living on a fixed income or young people trying to raise a family where every penny counts.

The only problem with Fonfara's bill is that it failed. It was vetoed by Governor Rell and Fonfara didn't have the clout to force an override of the veto with his fellow legislators. As it stands now, Fonfara's plan will not see the light of day and will not save anyone one single penny.

When it came time for questions, I asked Fonfara why he would waste the time talking about all the wonderful benefits of a bill that failed and we would never see any effect from it. We went back and forth a bit and when I stated that there was no incentive for legislators to pass energy legislation because lobbyists and energy company executives funded their campaigns.

Fonfara quickly fired back that what I was saying was untrue and lobbyists couldn't donate to his campaign. I'll admit when I'm wrong, and due to changes in campaign laws, lobbyists can't donate to campaigns. That may change again if a recent Appeals Court ruling stands, but right now they can't donate.

And just to give Senator Fonfara the benefit of the doubt, I didn't include donors in the list below that actually live in his district. If you would like to see his complete list of donors, the entire report is below. 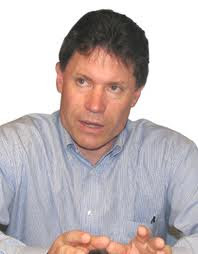 HERE IS THE LIST OF ENERGY AND UTILITY EXECUTIVES DONATING TO FONFARA 2010:

***NOTE: Raymond P. Necci, listed above as a "Consultant" is the former president and chief operating officer of The. Connecticut Light and Power Company (CL&P), Connecticut's largest electric utility.

The maximum donation allowed is $100.00 per individual,

One of the big complaints against Senator Fonfara is his lack of attention to his constituents. People routinely complain that he doesn't return phone calls. Do you think he returns calls when Competitive Power Ventures is on the line?

Gotta give it to you on this one. Good post!

This is why folks consider Fonfara to not be a Senator for his District,but the Senator of the energy and utility companies.Moreover Kevin, if you match the Mark and William DiBella energy and utility client list found in the state ethics commission with fonfara's donor list for this campaign,you will see familiar names.

Fonfara started in political life as an aide to DiBella when he was a Senator and the DiBella's own him and had made millions of dollars off their access to John Fonfara.Their "meal ticket" ( Fonfara) is at risk in the 8/10/10 primary and I would bet you dinner that the DiBella's helped collect the checks or set up the fundraisers,like the one the energy executives had for Fonfara in New Canaan.

This was not unknown or atypical of John Fonfara to be bending over for the DiBella's and/or the energy companies.From the taxpayer sponsored CEP program,Fonfara also pays political prostitutes money as "consultant fees" to keep them in the corral...here is the list from 2 years ago...

Isnt it nice to see our taxpayer money wasted on those hacks ?

WTF? Are there any honest politicians out there, or is that an oxymoron?

Hey John Fonfara....when are you going to come clean about Dehlia and Peggy Tiberious ?

They are out there we just need to elect them and make sure they know that they have one term to prove themselves or they will be sent packing also. Why we settle for poor leadership is beyond me.

We let the small minority with the majority of the money make decisions for us. I would imagine Fonfara is a much different legislator now than he was in his first term. Two years he should have had a wake-up call to begin paying attention to his district. If his opponent Ed Vargas is elected he needs to remember that he can be removed in 2 years also if he is not responsive to the voters that put him there.

There are over 40,000 registered voters in Hartford, lets see how many actually vote.

A stste senator has run out of luck;

In any hole he has stuck his schmuck;

For an abortion he borrowed money;

And went to New York with his honey;

And now he doesn't think its so funny.

There once was a Senator from Hartford,and he was a dandy;

At night secretly he kept company with a kinky transvestitite named Sandy;

Sandy got mad when his pay was cut a tad and beat the Senator quite badly.

It was Patty not Peggy Tiberius...lol

OMG. A light just went off in my head. Kevin, you could go to TLC network and propose a new reality show about the Hartford politicians. We could actually make some revenue for the city, naw, the politicos would just spend it on more nonsense... oh well. This stuff is sooooooooo gooood, you just can't make it up...